Preorder items are not yet available. The quantity available and “in stock” notations are the quantities we have available for advance order.

If there are other items on the order, the entire order will not ship until all preorders release.

Image, contents, and release date are subject to change.

Note: This is the Collector’s Edition Pledge. Campaign Link: https://www.kickstarter.com/projects/senior-games/heroes-of-the-shire-board-game

Heroes of the Shire is a turn based combat game where players cast spells, abilities and learn combos to defeat their enemies. With 20 characters, 12 bosses and over 800 spells and abilities, no 2 games will ever be the same.

Arena Mode : Players battle it out in the arena to become victorious. There are many different arena modes with the most common being free for all and teams.

Scenario Mode : A cooperative mode where players travel through a themed scenario defeating bosses and trash mobs via an adventure tile system. One pre-selected player (Villain) will defend the enemies, by taking actions for each enemy unit. Each scenario contains 3 epic boss battles which can last anywhere between 1.5hrs – 4hrs. Players can adjust the difficulty of a boss at any stage in the game and players can join or leave a game as they see fit. Bosses stats can be modified even mid battle. A saved game sheet is available for those lengthy adventures that can’t be completed in one evening. 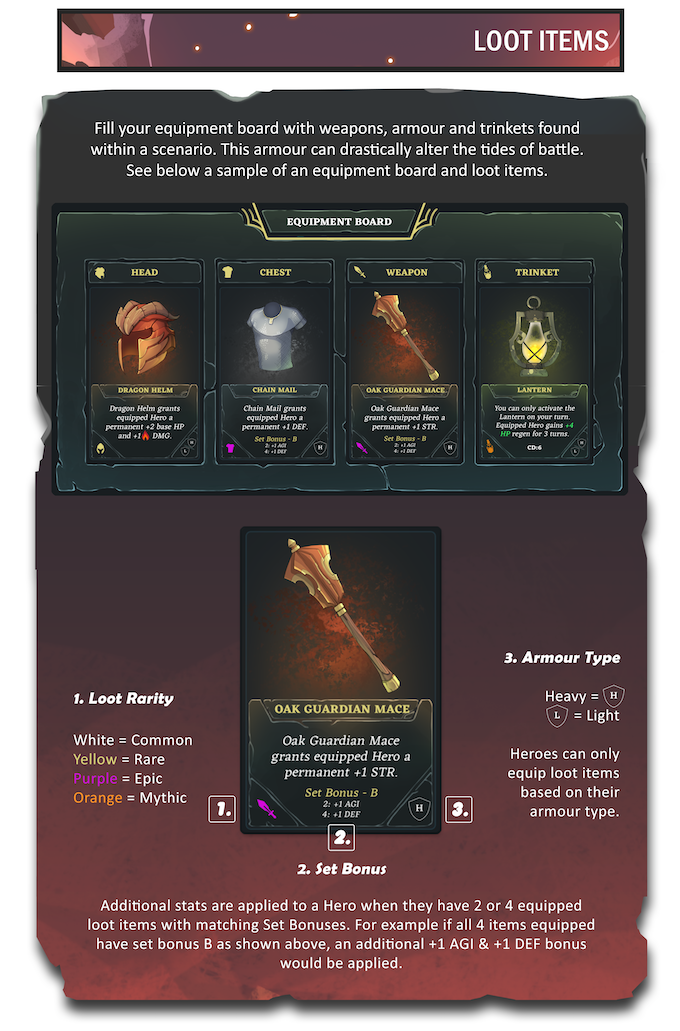