Wacky Races: The Board Game puts players in the “driver’s seat” with control of their favorite drivers from the cartoon series, including The Slag Brothers, The Gruesome Twosome, Penelope Pitstop, Peter Perfect, and more, each with their own car equipped with special abilities.

They compete against each other as well as the game-controlled, mustachioed Dick Dastardly and his wheezy pup Muttley.

Races are simple, yet strategic, as players place cards indicating the terrain tiles to which their racer will move, with the last card played indicating where Dastardly and Muttley will end up.

However, it wouldn’t be wacky without a little trouble standing in the way. Racers need to dodge or negate traps set by Dastardly as he attempts to stay ahead of the pack. Racers can choose between single races lasting 10-15 minutes or the Championship mode, which offers unique rulesets changing from race-to-race before a winner is named. 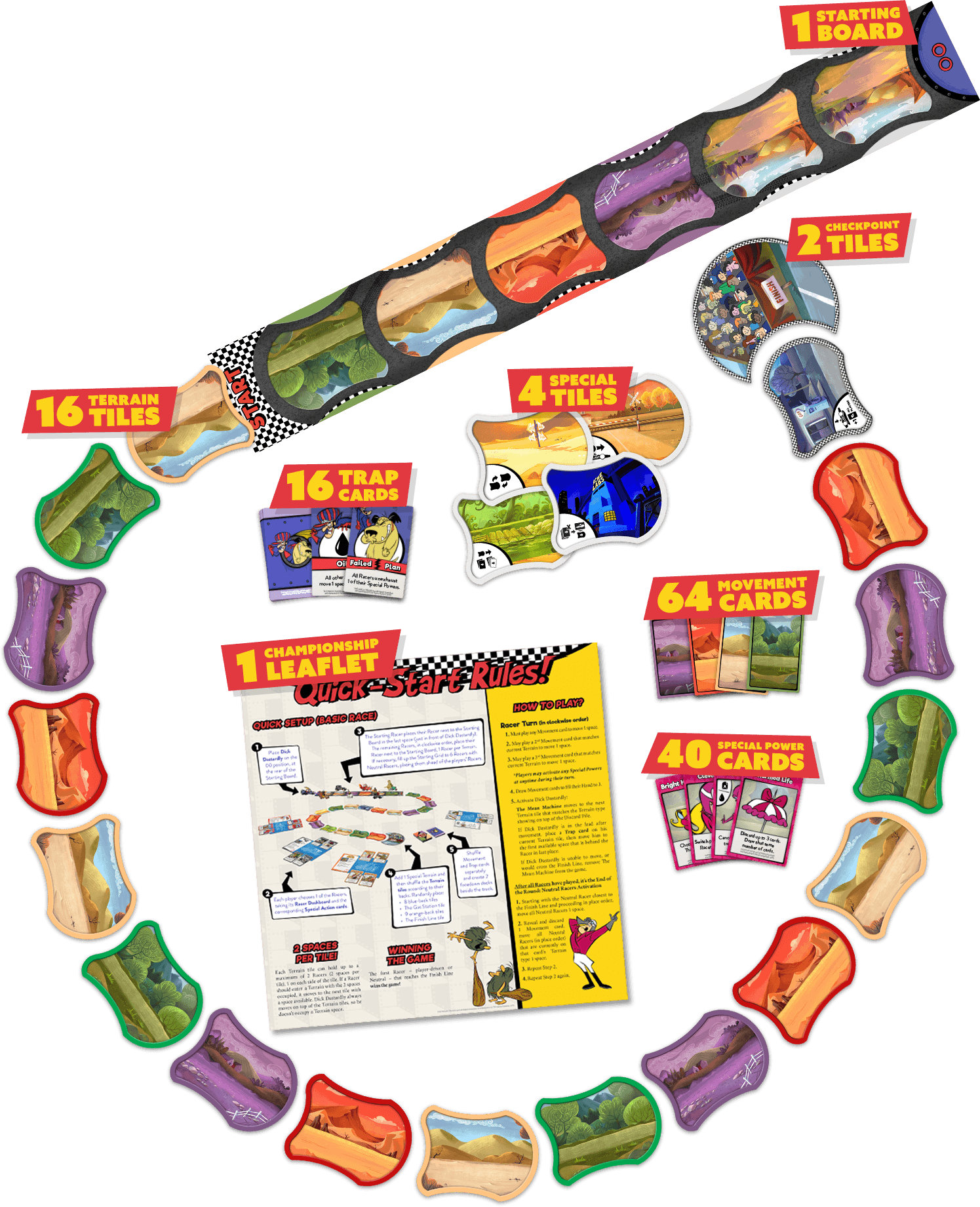 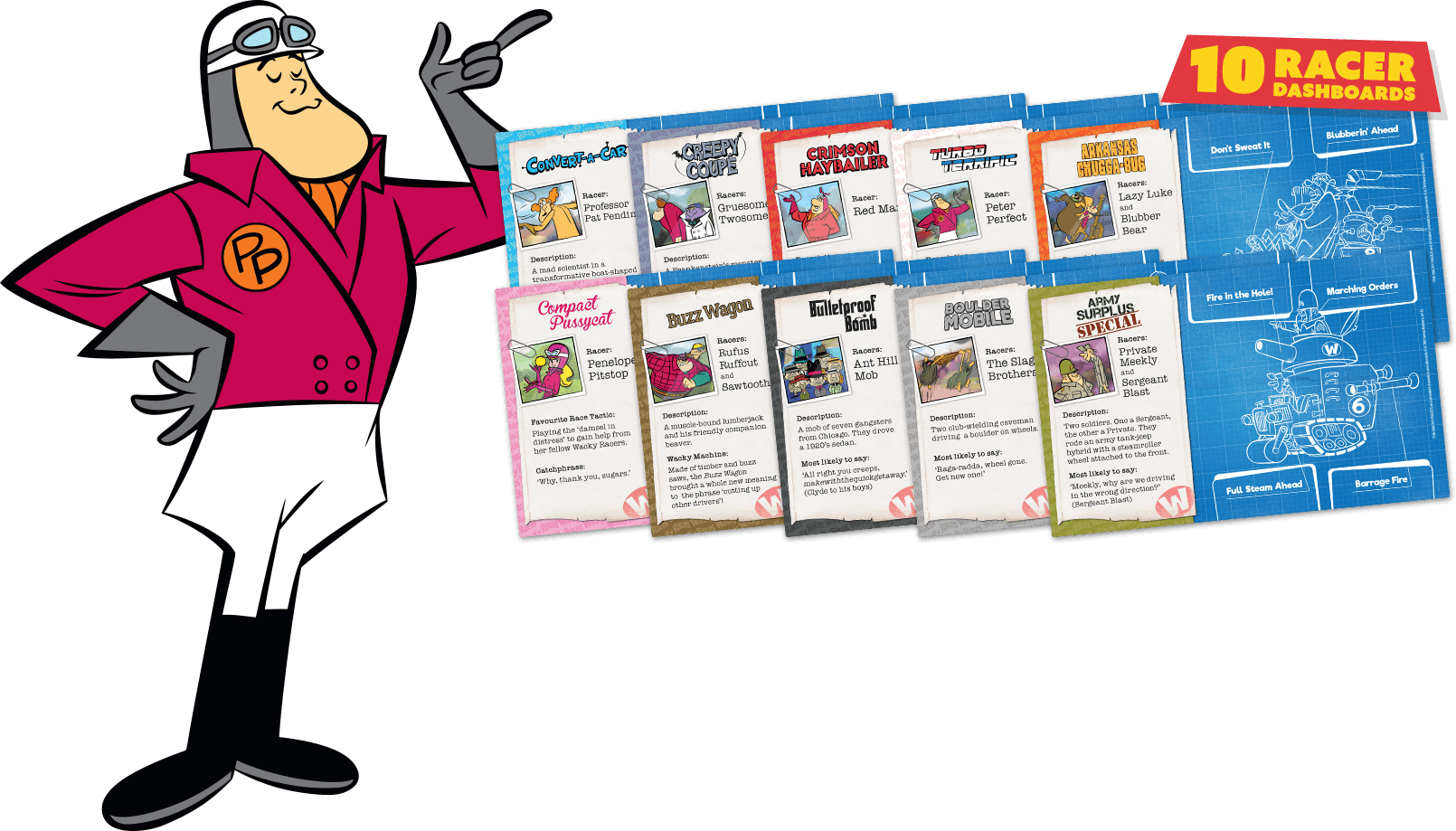